We deliberated, assumed, discussed, guessed, dribbled, criticized and developed a mild case of hysteria when Native Instruments teased us with their sneak preview of the yet to be named DJ Mixer.  The name trickled out through various tweets and discussions that followed, but now the official news is here.

The Z2 is available for pre-order over at Native Instruments for a price not too far away from many peoples’ guesses at $899.00.

Ean Golden of DJ Tech Tools fame has stepped once again into the limelight with this new video, this time, with a much more listenable array of samples and music.  Nicely done Ean.

Touted as a ‘pro club’ mixer, it will feature 2 standard audio channels, plus 2 additional channels designed for use with Traktors’ remix decks.  It is a heavy weight mixer with all the measurements of standard mixing equipment, with sturdy RGB control buttons and the new ‘Innofaders’.

New Macro FX specifically designed for TRAKTOR combine multiple TRAKTOR effects on a single control on the hardware. Customised to classic DJ workflows such as breakdowns, punch-in or blends, Macro FX condense complex effect performances to a single action increasing the possibilities available to creative DJs. All new Flux Mode tracks the time during complicated scratch and effect performances, allowing for creative loop rolls or effects while returning the song accurately to the beat. 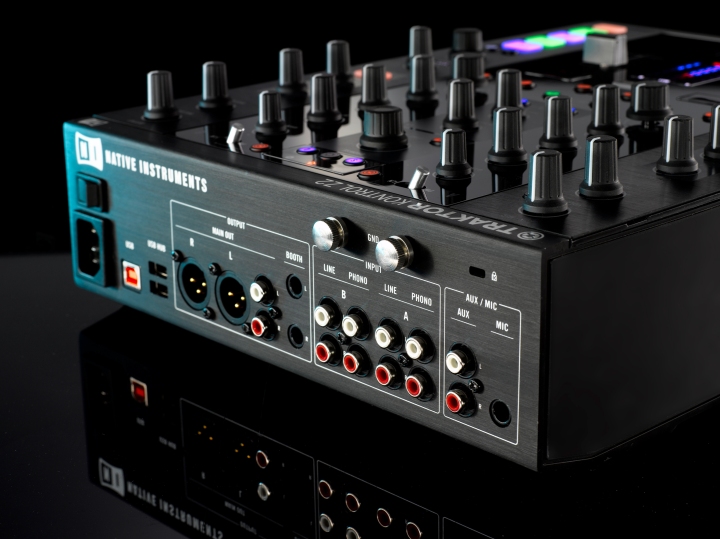 What’s in the box?

TRAKTOR KONTROL Z2 also includes the latest version of NI’s flagship TRAKTOR SCRATCH PRO 2 software and TRAKTOR SCRATCH timecode vinyl and CDs rounding out this powerful hardware control mixer with software options for all popular club workflows. The Kontrol Z2 will be available at retailers worldwide from November 1st 2012, but pre-orders are being taken over to Native Instruments.

In a recent article from Steven James entitled “Press F1 for help“, he mentions how the Remix decks seem to be taking a while to receive full adoption from consumers.  Do you think this mixer will increase the functionality of the remix decks and introduce a new style of DJ’ing?  The remix decks is a fantastic idea that tries to bridge the gap between the original understanding of what a DJ is, with the more recent art of ‘live‘ dj sets, which typically involves the use of production software such as ableton.

This is a brave gap to bridge and Serato are also attempting this with their ableton bridge software, lets see if the two schools of DJ’ing are ready to merge or if they are destined to be kept separate…….

Let us know what you think here in the comments. Happy DJ’ing!!

In the meantime check out this review from Ean and DJ Tech Tools.