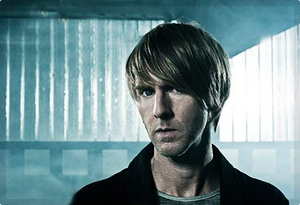 Digital DJ’s have been able to tweet track names for some time now, it was something that was brought to us first by the very popular techno legend and tech geek, Richie Hawtin (I use the word geek in the most affectionate way). Richie devised a computer program that could read the track names from Traktor and automatically tweet your DJ Set song titles. I previously covered a different app from a lesser know character, the traktor Scrobbler, but this seems to be getting no support or updates. For this reason I wanted to let you in on the original Radr app from Richie himself.

Radr is an app that was designed by Richie Hawtin to connect with your Twitter account. It reads the Artist Name and Track name from the Meta tag inside the music file you are playing. Once installed and set up, you ‘broadcast’ the information from Traktor to Radr, which in-turn tweets it out to your twitter feed.

Social media is a huge influencer and an integral part of society these days. Many might prefer it not to be, but for the foreseeable future, it will definitely remain high on the list of ways we can connect with the world.
As social media channels infiltrate our lives, many people have jumped on the bandwagon only to fail and fall flat on their face with social media. Whilst there isn’t necessarily a right way to use social media, there certainly is a wrong way.

There are many resources out there to help you out with your social media efforts and as such I won’t make this post about social media success. I will however explain how you can responsibly use twitter with Traktor to increase your exposure and support your favourite producers.
Tweeting tracks works great in conjunction with a live performance. Either you are in a club and want to tell the people present what tracks you are currently playing, or perhaps you are broadcasting live on the radio or mixlr and want to pass on your playlist to your audience all over the world.

Whatever your reasons, tweeting tracks can either help you or hinder you on social media, you need to get the balance right so as not to annoy your followers. I will explain a little more on this later in the article.

Setting Up Radr with Traktor

Setting up Radr is relatively easy. If like me, you always like to rush into things without reading the instructions, you will fail and wonder why it’s not working! So to make it easier for you I suggest following these instructions:-

You should now be tweeting your Tracks to your Twitter followers! Feels Good right!! 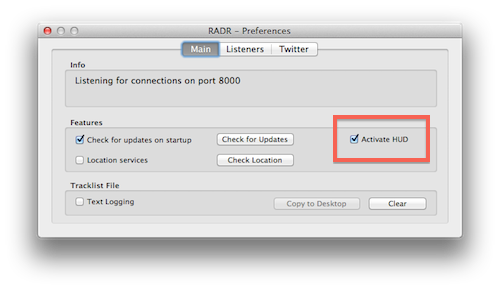 You can also send a tweet right from the RADR app without having to load up a web browser. This limits the need for having too much open on your desktop whilst DJ’ing.

As I mentioned above, you want to get the right balance when tweeting your tracks. If you are playing a mashup and you are changing the tracks every minute your twitter stream is going to be a little too much for many of your followers to handle. Whilst you want to stand out in the crowd you also don’t want to be taking up the entire twitter feed.
I would suggest using the RADR App sparingly.

Edit: Following publication of this article I received a Tweet From DJ Endo and thought this was a wise addition to the tips in this article and wanted to share this with you below:-

@traktortips What I do is tweet every track but once the broadcast is done, I go and delete all my tweets so it doesn’t clog everyone’s feed

If you use RADR well, you can increase your twitter following, if you use it badly, you may lose some followers. Be sure to monitor your use of this app and use it to benefit others.

If you have used this app before and want to offer any advice to other Traktor Tips’ readers, please add your thoughts below.